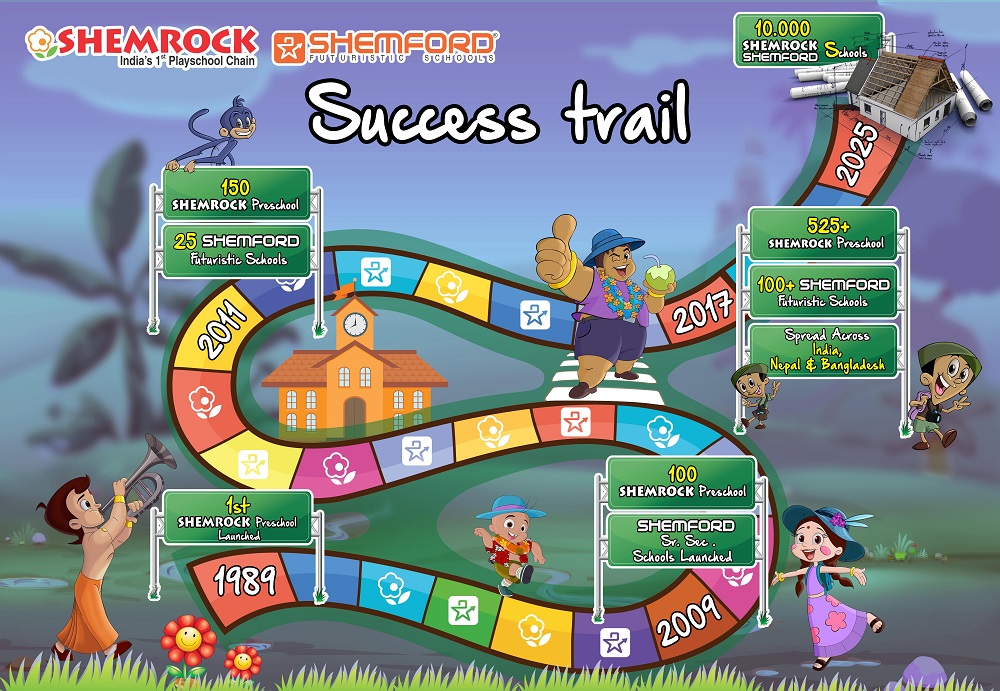 SHEMROCK and SHEMFORD Group of School's transformation journey from our humble beginnings in 1989 to a leader in the education industry has seen many significant milestones charted. Here are some of the main highlights:

1989: Establishment of The First SHEMROCK Preschool

2009: A Network of 100+ SHEMROCK Preschools was Established in India.

As Part of Our Expansion Plans, We Also Entered Nepal and Bangladesh

Copyright © 2020 by shemrock.com. All Rights Reserved.